Renee Weisman was a distinguished engineer and Director of Engineering at the IBM corporation prior to retiring in 2008. Having spent nearly 40 years in the heavily male dominated semi-conductor engineering industry, often as the only woman, Renee learned firsthand how women can hold themselves back. Renee is the owner of Winning at Work Consulting and the author of the recently-released book, Why Hillary Lost: What Women Can Learn from the 2016 Election. The book focuses on the behaviors women must understand and the biases they must overcome to succeed. She uses the 2016 election to show how the female disadvantage impacted Hillary’s campaign and gives competent women advice on how they can address similar situations. She published her first book, Winning in a Man’s World, in 2008. Renee has two daughters, five grandchildren, and a very supportive husband.

During our interview, Renee shared her experience working in a male-dominated industry. She also explained how this experience gave her a unique insight while witnessing the 2016 presidential election. “I saw Hillary making many of the same mistakes that I’ve spent so much time advising women to avoid,” Renee said. She decided to write a book for women to address the unique challenges Hillary faced as a woman and the lessons all women can learn from her campaign.

There are two things that occur when women compete for something that’s perceived as a “power-seeking position”:

Renee described several fascinating studies regarding biases related to gender. All these studies show that likability and competence is directly affected by gender, much more than experience or evidence of talent. “We can’t hide behind a curtain at work, and the reality is that the biases are still there, and unfortunately, women have to deal with them,” Renee said.

But Renee remains optimistic. Though the biases are there, they can be managed if they are addressed. “If you ignore them,” Renee said, “they will come back to bite you. They will impact your long-term success in your career.”

So, what can a modern professional woman learn from the 2016 election? Renee provides several pieces of advice:

Renee’s advice would be useful to any woman looking to get ahead in a male-dominated field. Her book, Why Hillary Lost: What Women Can Learn from the 2016 Election, is now available on Amazon Kindle. She has plans to write a new book addressing harassment in the workplace.

You can listen to the full interview on the Leadership Strategies for Women Podcast. 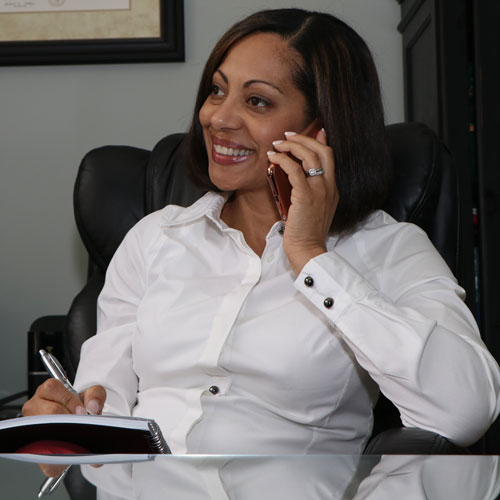 Subscribe to our Newsletter and receive free tips, tricks, tools and inspiration from Leadership Strategies for Women.

You have Successfully Subscribed!